There are various transport options for getting in and around Bucharest.

By Car – Most families in Bucharest own a car for getting around.  You will need a CNP in order to complete the registration for car ownership (most companies can help with applying for your CNP), and even then car registration can take quite a bit of time and paperwork.  There are some people who can help with this paperwork – ask on the Discussion Forum for recommendations.

Driving in Romania can take some getting used to depending on where  you have driven before!  The roads can be fast or painfully slow at times and everyone is always keen to get to where they want to be.  If you would like to take extra lessons there are two driving schools that offer instruction in English or you can ask in the Discussion Forum for further recommendations.  The law is that children should be restrained in child seats when in the car.  You can buy car seats from stores such as Mothercare, Pronatal and Noriel Bebe.

By Taxi – Taxis are common and affordable in Bucharest which makes them a very useful way to get around.  There are numerous taxi ranks across the city (some official and some more unofficial gatherings) or you can book a yellow taxi using one of the many Apps available for smart phones.  Some restaurants, supermarkets or companies have a direct dial for a taxi company to reserve you a car – ask at Reception.  It is advisable to use a reputable taxi firm (Speed Taxi, Meridian for example) and to check the price advertised on the outside of a vehicle before you get in (1.35Lei/km is a common fare).  The number of the taxi you have booked will also be displayed on the outside of the car.

As well as yellow taxis, Black Cabs and Uber operate in the city.  Black Cabs have their own App and offer pre-booked vehicles from their professional fleet.  They have larger vehicles (7-seater mini-bus for example) and you can book them for a specific journey, wait and return or for a blocked period of time.

Most young children will be sat on laps when you are in a taxi although you can bring your own child seat for babies if you wish.

By Public Transport – Bucharest has a very good and cheap public transport system…providing your start and finish points are in certain places!  There is an extensive bus network, tram network and three Metro lines running through the city.  Some areas are better served than others (for example the north of the city is lacking in Metro stops).

The most common way to pay for travel on public transport is to use an Activ Card, which is an advanced pre-pay ticket for a set number of journeys.  The bus and tram use the same ticket (credit card style) which you can top-up with credit at one of the booths at most city bus stops.  you must validate this ticket when you get on to the bus or tram or you risk a fine from the plain-clothes ticket inspectors working in the city.  The Metro uses a different style ticket (paper ticket) that you buy for a certain number of journeys (four or ten for example) and then validate every time you go through the barrier at the station entrance.  For both of these tickets it is possible for two people to travel on the same ticket – but you must validate it twice.

Travelling on public transport with kids in Bucharest is very do-able and fun.  There is space on the bus for buggies/strollers to be parked and seats nearby.  Even when public transport is busy, kind people will offer you a seat if they see you struggling with children.  The only thing to be careful of is that you should position yourself near the door before the doors open at your stop – as once the doors open people will start to get on before you have had a chance to get off!  Most Metro stops have lift access (although you might need to take two or three different lifts to get from street level, to the ticket barriers and then to the platform itself) but the carriages are very child-friendly as they are wide and have ample seating and buggy/stroller space.

Here is a great article about Using Public Transport in Bucharest written by a dad.

By Maxi Taxi – You may have wondered what those white minibuses are that run up and down certain streets with a small number in the window.  These are Maxi Taxis and offer a great way to get around the city suburbs which are not as well served by mainstream public transport.  Maxi Taxis run along specific routes (hence the number in the window and often a publicised list of stops), but offer more informal hail-and-ride.  The fare tends to be around 3Lei which you hand to the driver (no tickets issued, but change can be given).

It might seem daunghting at first to travel by Maxi Taxi with kids, but it is great fun and the other passengers are always very helpful.  If you find yourself struggling onto the bus, then it is fine to grab you seat first and then pass your money to the driver once you and your kids are settled.  The informal stops also make it easier to end up where you want to be – although you have to get up and ask quite loudly for the drive to stop when you are ready. Oh, and the door always needs a good pull to shut properly!

By Bike – Cycling is a popular pastime and many people will take their bikes to the park or forest over the weekends in good weather to cycle.  Travelling around by bike is less common than in other cities, but there are moves to try and increase the number of people using bikes and to make bike travel easier and safer.

You can buy bikes from stores such as Decathlon, InterSport and Hervies.  These stores also stock bike helmets, kids bikes and bike seats. You can rent bikes from many parks during the summer months.

By Train – If you are travelling outside of Bucharest you might well choose to travel by train.  The train to Brasov, for example, takes about the same amount of time as it does to drive there!  You can check routes, times and book tickets online at http://www.cfrcalatori.ro/.  Online tickets are sent to you as a PDF that you can then print up (or save as a PDF on your device/phone) to show to the ticket inspector (who has a printed list of those travelling with online tickets!).

If you are travelling with children then discounted tickets are available – and toddlers travel for free.  You may want to consider buying a ticket anyway for young children as this means you will get the seat reservation (on a crowded train no ticket means no seat and you’d need to entertain them on your lap).

Here is a great post about Travelling by Train in Romania written by a dad. 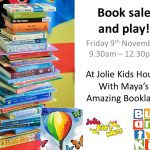